What our customer and wine & sprits professionals have to say.
Hear about their experience with the OMNE-Wand. 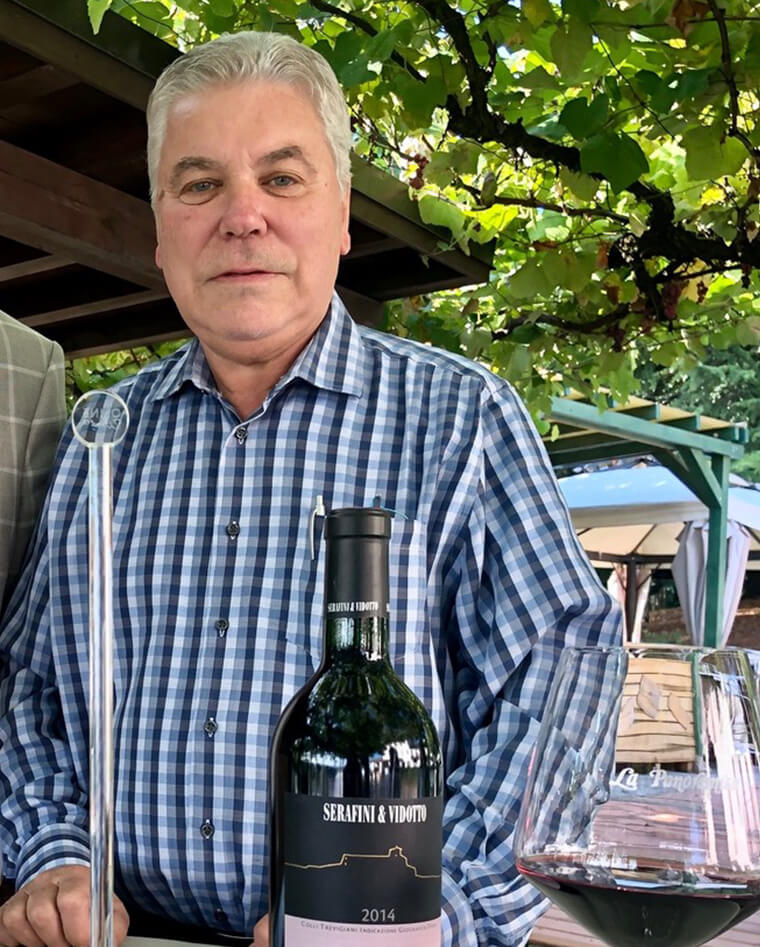 “I have been a sommelier for over forty years and through the sommelier profession have visited wine cellars and wineries throughout the world. I have formed a strong opinion that the world of wine is in a state of continuous evolution and constant development, yet I never expected to encounter an instrument for serving wine so revolutionary in its function as the OMNE-Wand. The fantastic qualities of the wand are functional and practical in nature and have the ability to convince the mentality of an “old pro”. As sommelier, who for forty years was accustomed to uncorking noteworthy bottles a few hours before the moment of their tasting with a more or less holy ritual in order to “open” the mature wines, I can only be all the more astounded about the brilliance and validity of this product.

Eddy Furlan, has been a sommelier since 1974 and has been a professional since 1976. In his career he has won, among the various competitions, that of best sommelier of Italy in 1980 and bronze at the world championships in Paris in 1989, he was from 1990 to ’93 national vice president to be elected national president until 1996 and re-elected, by acclamation, from ’96 to ’99. In the same four-year period he was secretary general of the International Association of Sommelerie to which 27 countries of the world belong.

From 2013 to 2014 he was also president of Veneto. He is an official taster, exam commissioner, lecturer in the main technical, cultural and professional subjects of food and wine.

Tasted and tested over and over again by experienced colleagues, oenologists, and exacting customers, the OMNE-Wand always astonishes and convinces wine connoisseurs by its results. Miraculously, the entire organoleptic(1) history of an esteemed bottle unfurls in only a few minutes, like a captivating novel. The wand not only helps the sommelier in regards to time and possibility but portrays an effective and elegant instrument in the communication between the wine and its taster, revealing the most difficult and concealed aspects of an enticing bottle.” 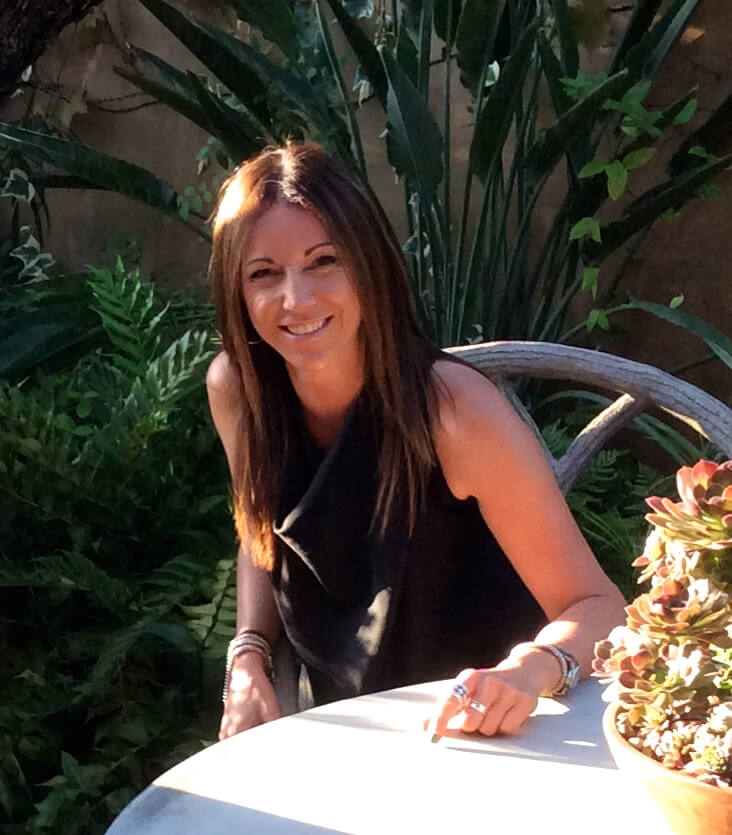 I have been involved in the world of wine for over 10 years and have had many opportunities to experience a wide range of wines around the world.

One of the most fascinating things in this industry is watching how a wine can change when exposed to oxygen. The very simple act of decanting wine for the purpose of oxidation or aeration has been employed by hundreds of sommeliers, wine directors, restaurateurs, and wine lovers throughout the world and when done correctly to the right wine it can provide an experience like no other allowing you to witness the full evolution of a wine as it opens in the glass or decanter before you. But this can take time.

Fortunately, for many wines, I have found another tool that allows the bouquet and the taste of a wine to evolve in a significant yet less time consuming way. I must say, I am pleasantly surprised with how the OMNE-Wand can bring a wine to its fullest potential. Within a manner of minutes, the texture feels softer because the act of oxidation reduces the sensation of the natural acids and polyphenols that create the tannins in the wine, and more complex aromas are immediately apparent on the nose. For me, all of this leads to a greater experience overall. 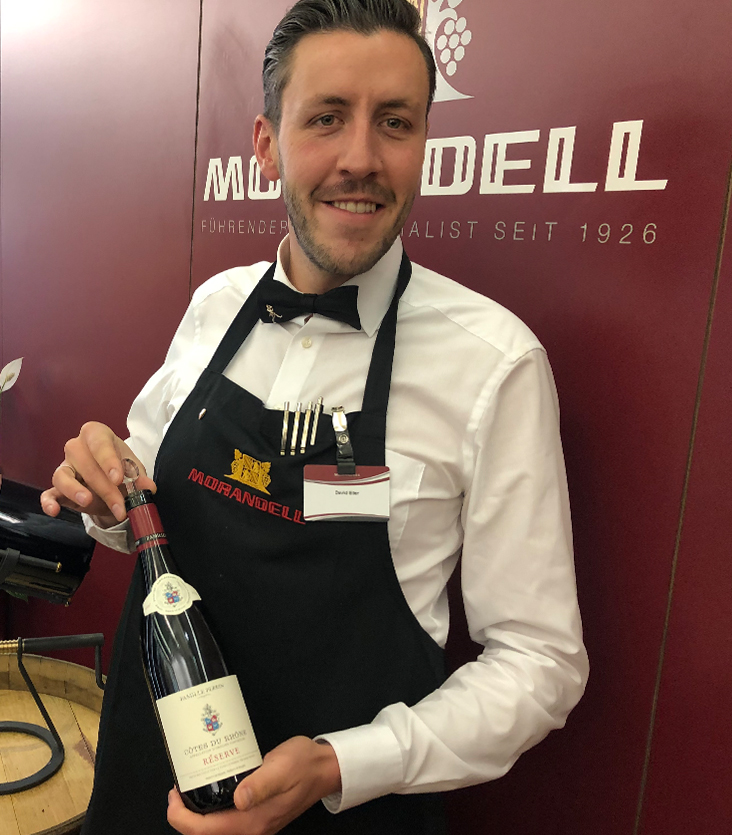 “A beautiful and absolutely functional wine accessory, one just has to own and put to use.” 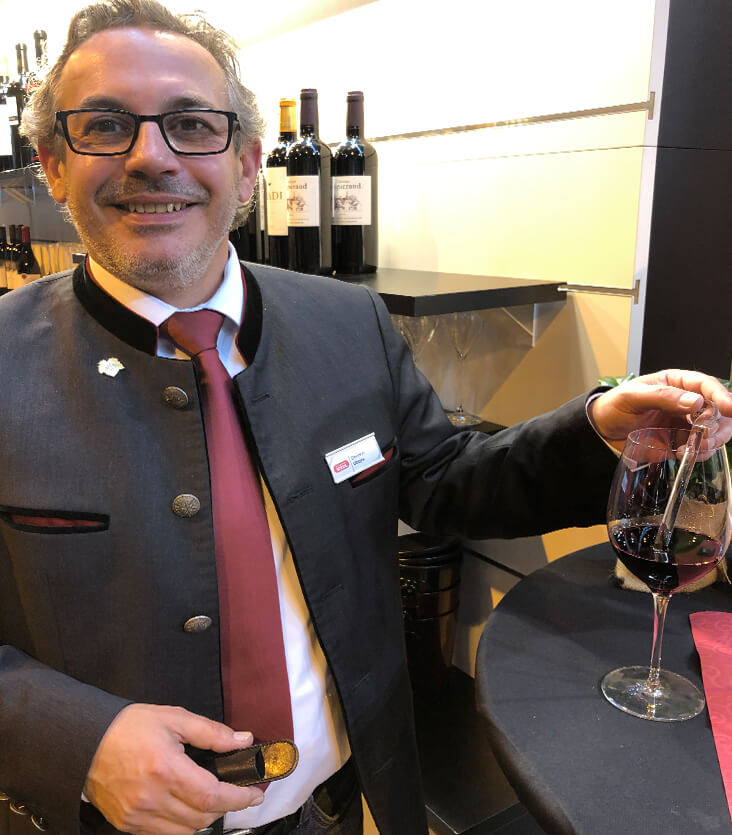 “After testing OMNE-Wand personally, I can only recommend to every sommelier and wine lover. What an amazing instrument and of course I am using it myself.” 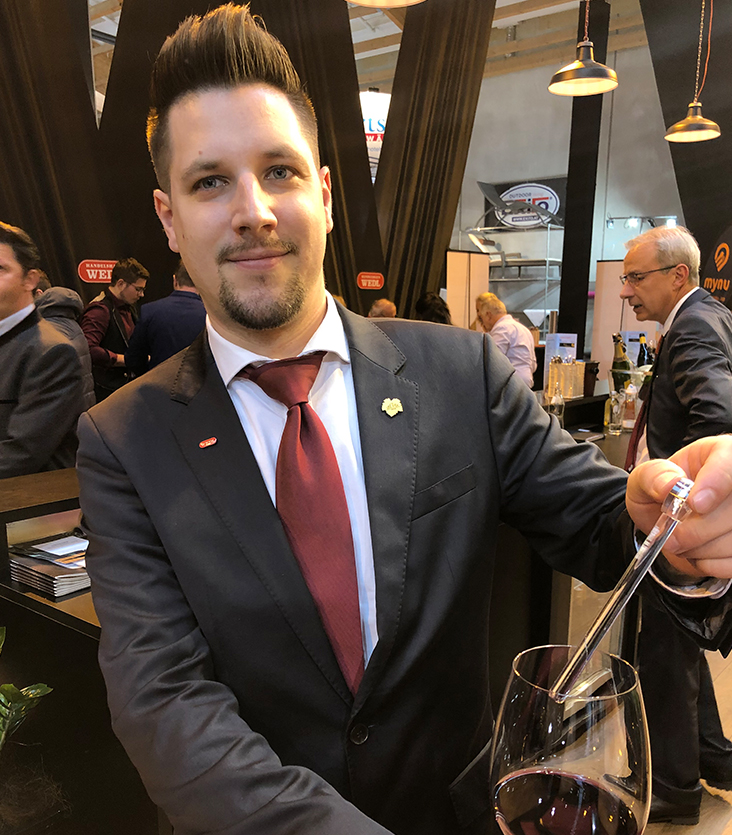 “WOW – the difference in just 3-5 minutes is noticeably remarkable!” 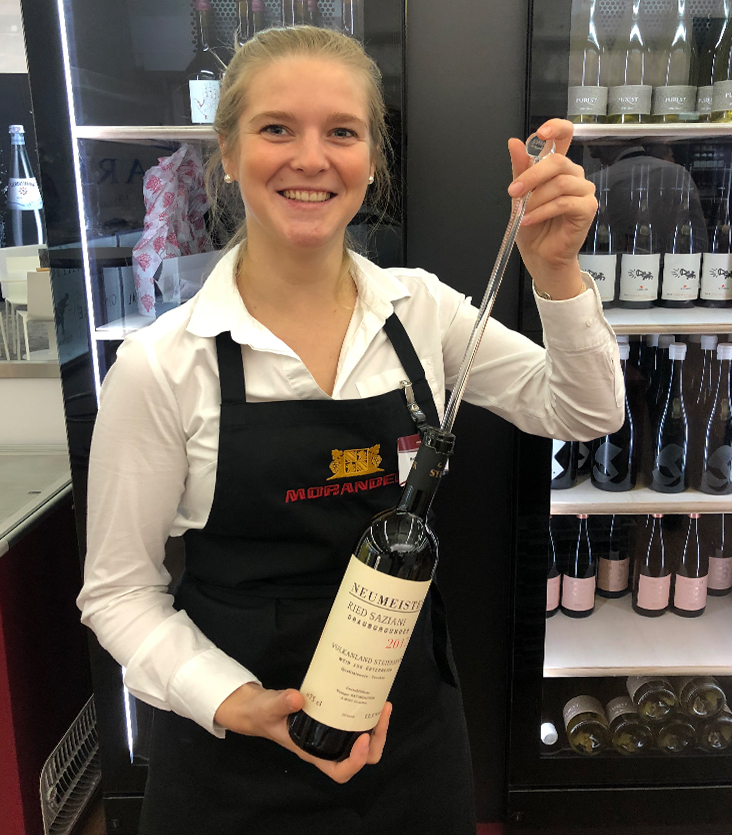 “After diligent testing and evaluation, I have to say OMNE-Wand works as advertised. I now use it regularly, especially OMNE-Wand Professional. What a smart invention!” 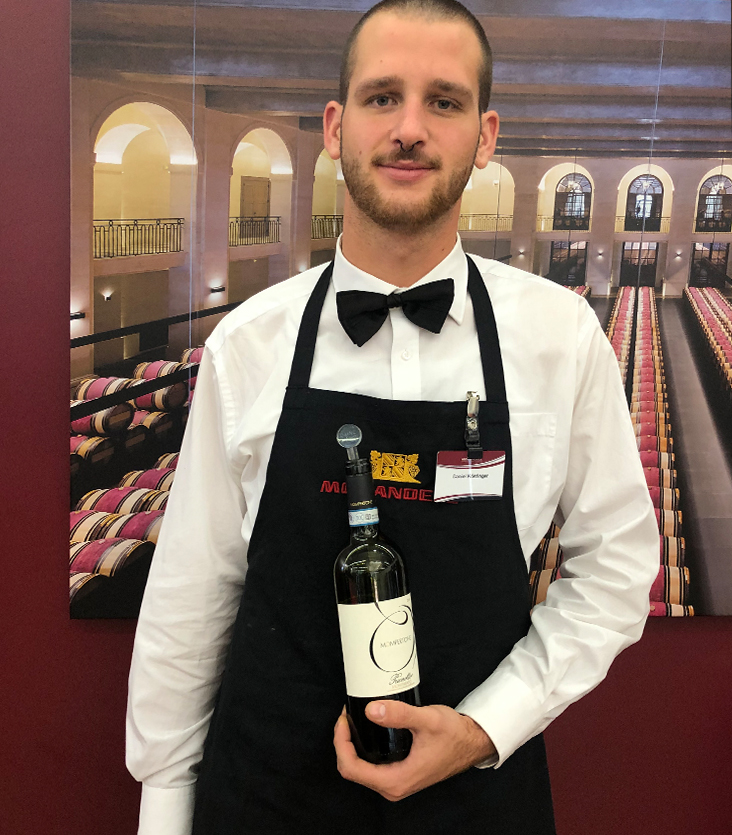 “OMNE-Wand is a MUST HAVE for every sommelier, wine connoisseur and wine lover for full enjoyment and appreciation of their treasured wines”.

I DON’T LEAVE HOME WITHOUT IT

“As a professionally trained and lover of bold, deep and intense wines, the OMNE-Wand is my constant companion. When ordering wines such as California Cabernets, Italian (Verona) Amarone, Malbec and complicated French creations, the OMNE-Wand brings the wine to its fullest potential. It not only helps decant in mere minutes placed right in the bottle; it brings out the fullest potential it otherwise might never reach. The wand pays for itself on the first, good bottle…

Significantly, the OMNE-Wand opens cognacs and fine spirits while taming the overpowering taste of alcohol. The result is not unlike aging it for an additional 5 – 10 years. Truly a tool for all my favorite beverages.”

A revolutionary technology for the improved enjoyment of wine and spirits. Powered by ❮33™ Technology.

This website uses cookies to improve your experience while you navigate through the website. Out of these cookies, the cookies that are categorized as necessary are stored on your browser as they are essential for the working of basic functionalities of the website. We also use third-party cookies that help us analyze and understand how you use this website. These cookies will be stored in your browser with your consent. You also have the option to opt-out of these cookies; which may have an effect on your browsing experience.
Necessary Always Enabled

Any cookies that may not be particularly necessary for the website to function and is used specifically to collect user personal data via analytics, ads and other embedded contents.